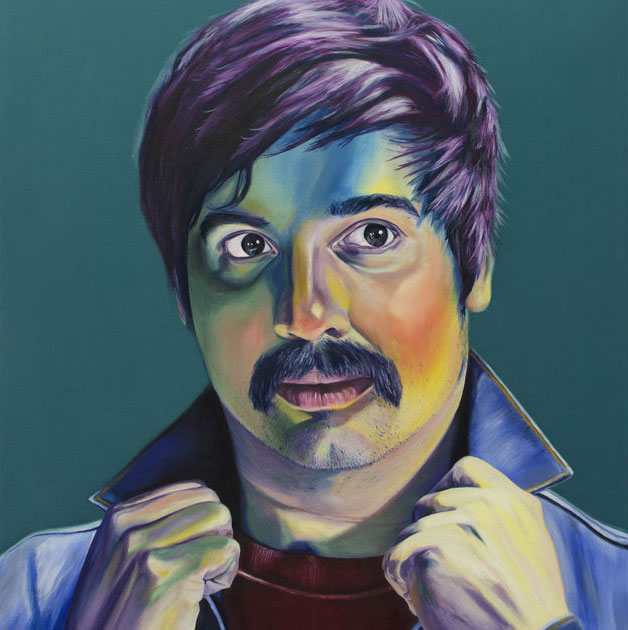 “An outpouring of ideas, grabby hooks and standout lyricism that inspires visions of Edgar Allan Poe at the beach.”

“Honus Honus is making impossible-to-pigeonhole weirdo rock songs that rarely sound much like anyone else.”

“Now that this highly-anticipated record is finally here, I’m not sure I can handle how great it is.”

“At his gonzo best, spitting out bizarre lines over jerky, discordant jams.”

“It’s not easy to match the dynamic eclection of his Man Man discography, but Honus damn near tops it in half an hour.”

“Use Your Delusion is a theatrical album that harnesses something like old horror-film kitsch with thrilling experimentation that one can get lost listening to for days.”

Los Angeles-based Ryan Kattner has reinvented himself with his new solo project Honus Honus and fueled his debut LP with the chaos of LA. Use Your Delusion is a hodgepodge of dizzying synths, quirky vocals, and genre overload, spawning singles like “Will You,” “Heavy Jesus,” and “Raspberry.” Available now: iTunes / Amazon

The tour documentary Use Your Delusion is an Official Selection of the 2018 American Documentary Film Festival.