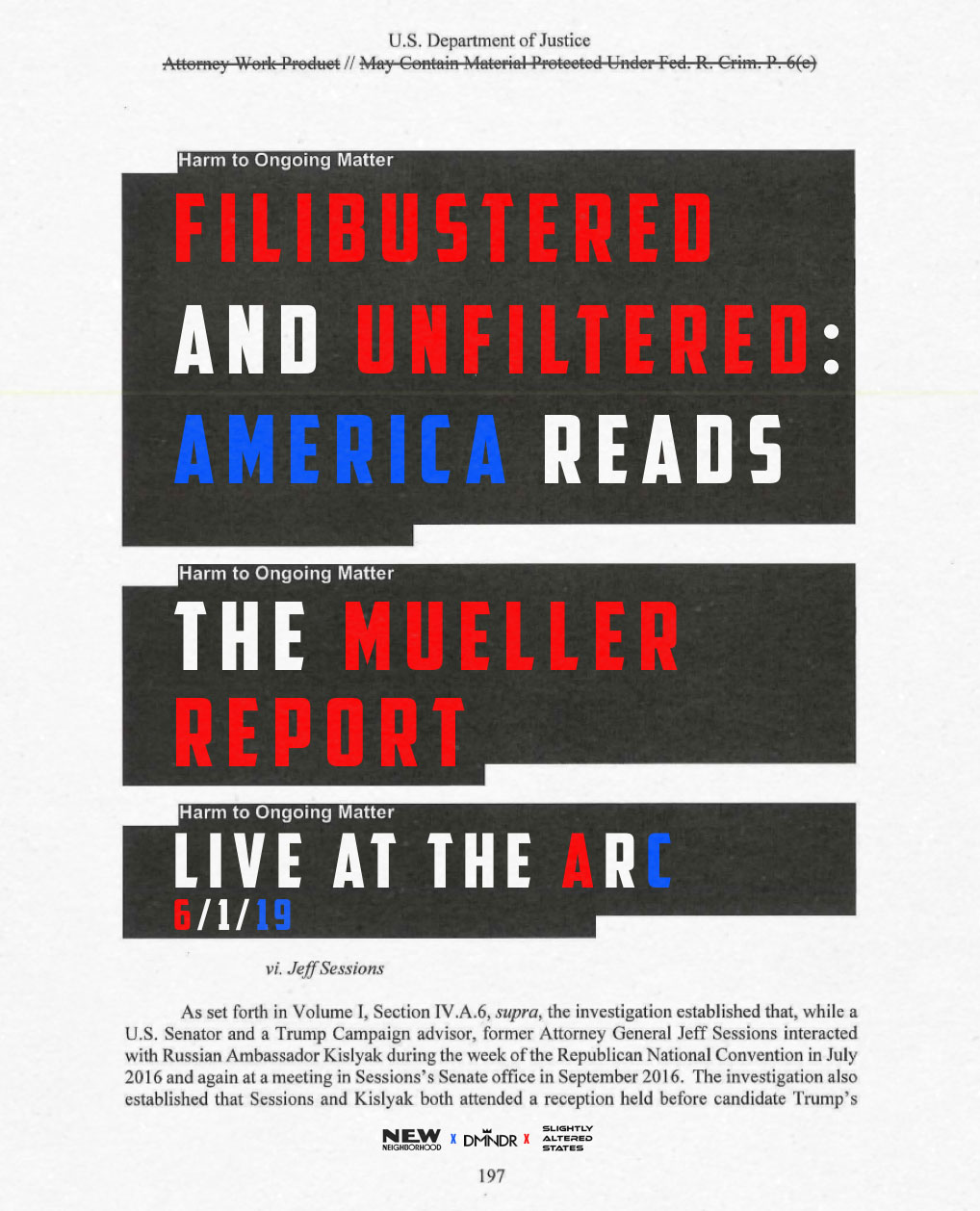 New Neighborhood, in association with DMNDR and Slightly Altered States, presented Filibustered and Unfiltered: America Reads the Mueller Report, June 1-2, 2019 in Long Island City, Queens, New York. The event, which was the first 24-hour reading of the entire redacted Mueller Report, featured more than 100 participants including notable theater, film, and television artists, and has garnered national attention and inspired similar events across the country.

Filibustered and Unfiltered is broadcast in two-hour segments every Sunday, 11AM-1PM, on WBAI 99.5FM.

CREATE AN EVENT IN YOUR OWN COMMUNITY

Want to get a Mueller Report event going where you live? We’ve prepared a how-to guide with information about how we put together our reading and suggestions to help you get your own started. Click here!