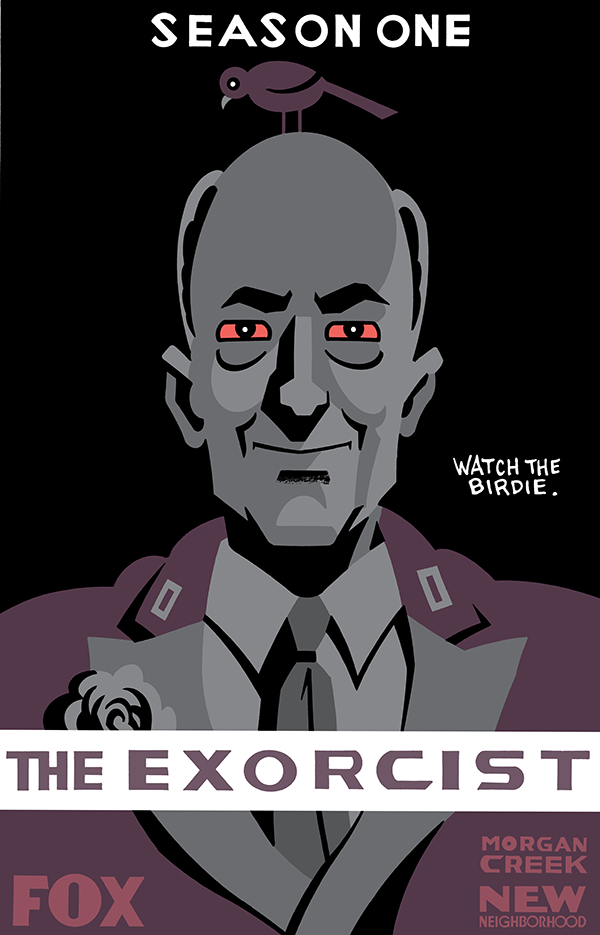 “…Fox’s adaptation doesn’t just pay homage to what’s gone before, it locates and mines the kind of unsettled emotions that so often form the foundation of the most emotionally resonant genre pieces. It takes the fear that a mother doesn’t know her own children, and magnifies it in visually arresting and thematically ambiguous ways, while suggesting that even in families that mean well, connections can be more tenuous than anyone ever guessed.”

“The groundwork is laid for the show to explore matters of religious faith — styles of doctrinal interpretation and application, limits of belief, the meaning of temptation in the modern age.”

“My head is spinning…the pilot is better than it has any right to be — tensely paced, sharply directed, and creepy enough to make you look and look away at the same time.”

“The Exorcist, which stars Geena Davis, Alfonso Herrera and Ben Daniels and is based on William Peter Blatty’s bestseller and the 1973 William Friedkin-directed blockbuster, is a surprisingly compelling canvas on which blood and much more is painted. …Without giving anything away, this Exorcist wasn’t exactly scary but instead scintillating – and that’s much better in the end.”

“…shows promise, not only because of the creep factor, but because of the star-studded cast’s grounded performances, and traumatic storylines we’re actually interested in following for the rest of the season.”

“I’ll cherish the fact that for the first time since I was introduced to the franchise in 1999, there’s a reason to be excited about it again. …if the TV show’s quality stays this consistent it can top [Exorcist] III as the franchise’s most worthy follow up to the legendary original.”

​”The pilot episode of Fox’s “The Exorcist” was stylish – think grey-tinged houses, wherein lies a grey-tinged sense of dread – and confident enough to pay homage to its source material without cheapening the original’s legacy.”

““The Exorcist” is the best new horror show on TV.”

“Fox’s “The Exorcist” has been nothing but incredibly impressive so far, and …“Chapter Five: Through My Most Grievous Fault” was a game-changer not just for the show, but also for the franchise universe it takes place in. …it just became the most must-watch horror series on television, and the stakes for the next five episodes have just been raised considerably.”​

“It is absolutely deranged from top to bottom, and immense fun.”

Widely regarded as the greatest horror movie ever made, “The Exorcist” broke box office records and terrified audiences around the world. Now, more than four decades after the Academy Award-nominated film, THE EXORCIST returns as a TV series: a propulsive psychological thriller following two very different priests tackling one family’s case of demonic possession.